Ever since Alex was young he had a dream of becoming a pilot.  He grew up in Salt Lake City and was surrounded by Delta pilots who encouraged him to follow his dreams.  Alex learned to fly in 2016 and has loved it ever since.  He has a passion for flying and loves sharing that passion with others.  Before becoming an instructor, Alex was a student at Aerotech Aviation where he obtained his private, instrument, commercial, and instructor certificates, all while working on an aviation degree at Utah Valley University.  As one of our instructors, his training is thorough, safe, and fun.  He looks forward to flying with you! 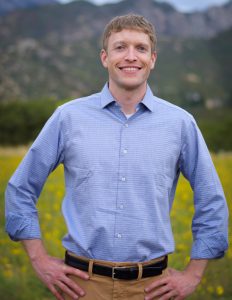 Abe Johnson is a lifelong aviation enthusiast. He earned a B.S. in communication from the University of Utah and completed flight training in Ogden, Utah and Mesa, Arizona. He holds an instrument rating, commercial single-engine, commercial multi-engine and CFI certificates. Abe’s priority is safety and maximizing the enjoyment and adventure of flight. He loves to teach and takes satisfaction in seeing others learn, grow and stretch themselves. When not in the air Abe loves catching air wakeboarding and snowboarding. 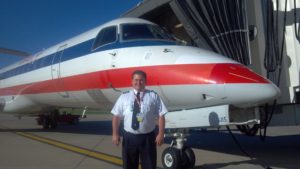 Doug started flying in 1986.  He flew as an airline pilot for both American Eagle and Mesa Airlines doing domestic and international trips.  He is a member of the Civil Air Patrol and has flown as a Mission Pilot and Instructor Pilot for them.  He has been teaching flying since 2007.  He left airline flying in 2012 to focus on developing a better program for teaching pilots how to fly both safely and affordably.  His training philosophy includes the motto, “if you’re not having fun, you’re not learning.”  He has taught many students who are currently professional pilots and many others who just wanted to learn for pleasure flying.  His safety record is perfect and every student who has completed his training program has passed their required tests and become pilots, commercial pilots, and/or instructors.

Scott’s first flight was January 10, 1990, and he’s loved flying ever since. After completing his commercial and instrument rating in July of 1993, Scott took some time off from flying when his kids were born. Two years ago Scott visited Aerotech Aviation and knew Doug was the right instructor to help him complete his CFI training. After a year of training, Scott completed his CFI check ride in March of 2019. Still wanting to continue training, Scott trained with Doug as his instructor and completed his multi engine rating in October of 2019. Scott loves flying and only turns down a chance to go flying if his daughters already have something planned for him.

Steve caught the aviation bug from his dad, who built simulators for the X-15 and had the dubious honor of being scared in an airplane by a famous test pilot. An instructor for 10 years, Steve enjoys helping pilots with multi-engine training, aircraft checkouts, instrument proficiency checks, Class B operations and trip planning. When not hanging out with his family, flying or working, Steve is probably out hiking, climbing or bird watching.

The following instructors are fantastic, but they have full time jobs and work on a part time basis.  They must be contacted directly.  You can find their contact information on our aircraftclubs.com scheduling program.

Talin is a First Officer for SkyWest Airlines.  He is a graduate of UVU, holds both a single and multi-engine commercial license and is an excellent and safe flight instructor.  He was taught to be an instructor by Doug and understands how to develop students to become professional pilots.  His love for aviation is contagious. His students love training with him because not only is he excellent, but he brings energy and fun to the program.  His schedule is such that he cannot be scheduled online and must be contacted directly.

NOW IS THE BEST TIME TO START FLYING! DON'T PUT YOUR DREAMS ON HOLD ANY LONGER. CONTACT US NOW and SET UP A FLIGHT LESSON OR A CHECKOUT! CALL 801-999-1122